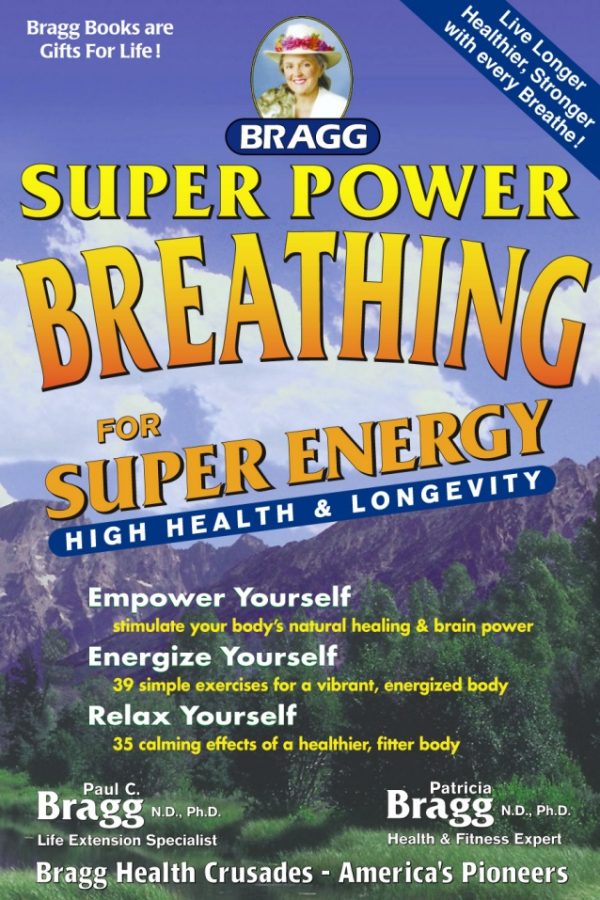 by Paul Bragg, Patricia Bragg
Paperback, 200 pages
Published July 8th 2005 by Bragg Health Science (first published June 1995)
Breathing deeply, fully and completely calms energizes and fills you with peace and keeps you youthful. In the book are some simple exercises for energizing and rejuvenating the body, detoxifying and purifying the blood and calming the nerves.

The carbon dioxide collected from all parts of the body gives the blood a blueish color when it is returned through the veins to the heart. There, it enters the right auricle, the heart’s upper chamber. After the auricle fills with blood, the valve into the right ventricle (lower chamber) opens, allowing the blood to pass into the ventricle. When the valve closes, the ventricle’s strong muscles contract, sending blood to the lungs. As blood travels through the capillary network in the lungs’ air sacs, it discharges its load of carbon dioxide. It turns a healthy, bright red again as it absorbs the vital, life-giving oxygen before it immediately returns to the left auricle of the heart.

From there the blood flows into the left ventricle and by similar valve action, is pumped vigorously into the body’s largest artery, the aorta. Leaving the aorta, the blood then travels throughout the body via a vast arterial network, taking its life-giving oxygen and nutrients to every cell of the entire body to keep you healthy. It is the shorter or lesser circulation, from the heart to the lungs and back, that is so vital to detoxifying and purifying the bloodstream.

If the lungs are only partially filled with air, only part of the bloodstream can be cleansed. The blood which passes through the capillaries of empty air sacs cannot get rid of its carbon dioxide waste and cannot pick up oxygen. So, instead of carrying a full quota of vital oxygen back to the cells of the body, the bloodstream returns with a mixture of fresh oxygen and a residue of toxic poisons. As this sluggish processs continues, the proportion of carbon dioxide build-up increases, causing health problems.

When you are a shallow breather, you don’t change the air at the base of your lungs, where two-thirds of your lung capacity is located. When you return impure blood to your body, the ill effects are compounded because your blood cannot perform properly. It is difficult for blood that is loaded with poisonous wastes to transport the relatively small amount of oxygen which it absorbs; it is even harder for it to carry the necessary nourishment from food.

An inadequate oxygen supply impairs your body’s ability to break down food into digestible elements. This slows all bodily function. This is why deep breathing is so important for health! With wrong diet and shallow breathing, the organs of elimination are overworked and underfed! But the accumulation wastes must go somewhere. Some are discharged into the sweat glands. This toxic overload produces unpleasant body odors. Other toxic wastes end up deposited as heavy mucus into the sinus cavities, lungs and bronchial tubes. Some line the passages of the ears, eyes, nose and throat, as well as along the digestive tract.

Deposits of hardened wastes in the moveable joints can cause pressure on nerves, creating painful warning signals. Pain is Mother Nature flashing red warning signal that something is wrong in your body. This pain warning should be respected with corrective measures taken right away ú not repressed by painkilling drugs full of known and unknown side effects! Shallow breathers actually poison themselves by robbing their bodies of sufficient oxygen! This is autointoxication (self-poisoning). They are slowly suffocating and dying in their own body wastes and poisons. Pneumonia is a good example; the body and lungs fill up and drown in their own toxins and mucus.

Consider this: if someone deliberately tried to force you to kill yourself by taking shallow breaths, what would you do? You’d fight back! In defiance, you would breathe deeply, cleansing your blood and entire system to give your body more life, energy and super health! Start practicing Bragg Power Breathing Now! Ironically, most teenagers’ sloppy dress “worn as an outward reaction against the conventional tight adult clothing” indicates natural rebellion of the human body against restrictive clothing. The trend toward comfortable sports clothes, flat shoes and sandals is a healthy one.

My father prides himself on being able to endure the coldest weather wearing only a small amount of clothing, and he has enjoyed swimming in all parts of the world in all kids of weather. He is well-known for his cold-water swimming and is welcomed as a member at Polar Bear Clubs around the world. On several occasions, Dad and the noted Dr. Robert Jackson had great sport breaking the ice and swimming with the Boston Brownies of the famous “L” Street Bath House in Massachusetts. Here you’ll find some of the finest ageless physical specimens in the world, including people in their 60s, 70s, 80s, even some in their 90s.

The same is true of the Polar Bears of Coney Island and at Montrose Beach in Chicago and those at the popular Bradford Beach in Milwaukee, Wisconsin. They are all fit, amazing and ageless. These healthy, hearty people who enjoy swimming in ice-cold water are all deep, full of breathers. Many of them follow our Bragg System of Super Power Breathing. When you Super Power Breathe, you enjoy cold water swimming because both deep breathing and swimming are invigorating and energizing!

We certainly don’t recommend that everyone jump into ice-cold water! Let’s leave that to the people who have developed bodies with perfect thermostatic control. You can start slowly with alternating cold and warm showers. These swimmers are just an example of the power your body can develop when you are filled with oxygen at all times. There is no limit to your powers of resistance or your feeling of well-being when every cell in your body is filled with precious life-giving oxygen!

With all these nearly inescapable health hazards, smog, etc, in the world to overcome, it’s incredible that millions of people harm their lungs even more by inhaling deadly tobacco smoke into their lungs.

Nicotine is poison! It immediately affects lung function and constricts your cardiovascular system. It destroys vitamin C, which is vital to your health and immune system. After only 12 hours of not smoking, nicotine blood levels fall and the heart and lungs begin healing. If you smoke, please stop now and be loving to your body.

The lungs’ air sacs are further damaged by tobacco tars and carbon particles. These lodge in the walls of the lungs’ important balloon-like cells, causing them to lose their natural elasticity and eventually breaking them down altogether. The result? Emphysema—the killer disease in which destruction of the breathing mechanism slowly smothers its victim from within.

Of the over 50 million Americans who smoke, one third to one half will die from smoking-related diseases! Smoking also introduces at least two deadly poisons into the body: arsenic and carbon monoxide, as well as other toxins. Compounding these health hazards, smoking creates a desire for caffeine and sugar. Moreover, twice as many smokers drink alcohol compared to non-smokers. Smokers have a far greater incidence of cancer of the lungs, larynx, pharynx, esophagus, mouth, colon and breast. All tobacco products should be banned—they are killers! 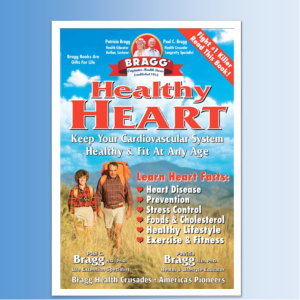 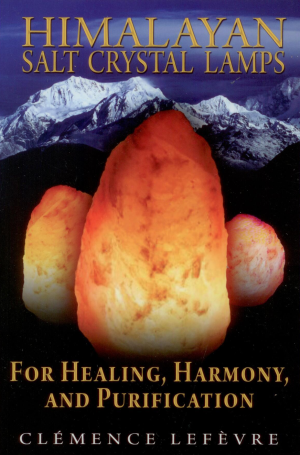 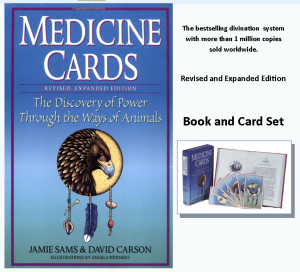 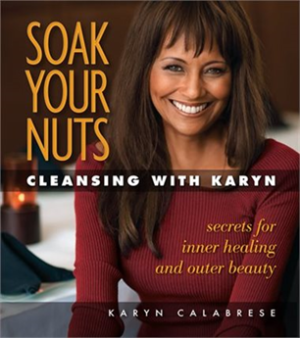